Women leaders would be better peacemakers than men 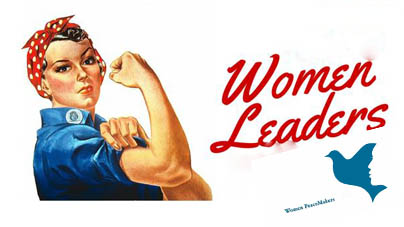 According to a recent book published by Steven Pinker, a Harvard University Psychologist entitled ‘The Better Angels of Our Nature’, he concluded that the world would be much peaceful if women were in charge and that while violence against women were still very much present, it was gradually declining.

This is because in today’s world, war is typically a ‘man’s game’ and women had always been the pacifying force and hence, it would be better because women are more concerned about the continuity of the human race then men in many aspects.

This argument however was met with some skeptism because some are arguing that women had never really been in power except for a numbered few and hence, they were never really involved with war. Therefore, some are fast to conclude that if women were given the powers that men are, then they will surely make the same type of decisions that have caused the many types of calamity and disasters in the world today.

So will gender be an important factor in terms of leadership? Anyone who has come to work with women leaders would be able to tell you that they are more easy to discuss issues as compared to men who tend to become more authoritative with more power being bestowed to them. The motherly nature of women would make them easier and more tolerant leaders who are less power crazy than men in most ways. So much so that men who knew some ‘feministic’ leadership style are known to be more effective leaders as those who are more ‘masculine’ tends to try to make masochistic decisions. Of course, the current landscape meant that there are governments and corporations that might not be too suitable for women to lead but one cannot discount the possibilities of having so. Women makes better leaders in many ways and it would be a matter of time before they become agents of peace of the world.