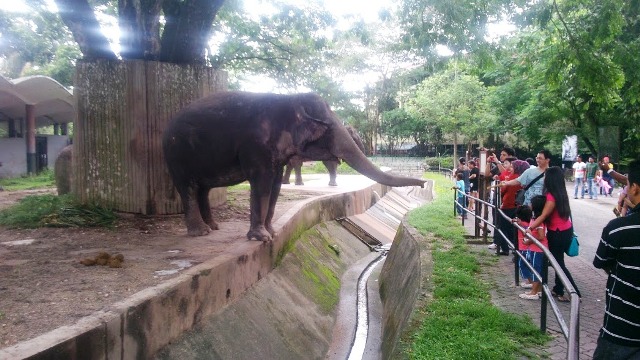 As a tropical country, Malaysia is home to some of the most exotic animals in the world. Many species of animals can live in this climate without much problems and this is where a lot of tourists will like to come close with.

The National Zoo of Malaysia

The National Zoo of Malaysia or Zoo Negara opened its doors in November 1963, making it one of the oldest zoos in the country. Covering a land area of 110 acres, there are more than 5,000 animals coming from over 450 species. Within its space, there are about 16 major exhibits that welcome more than a million visitors each year.
Managed by the Malaysian Zoological Society, it first started as a miniature zoo before going through transformation into an open concept zoo that it is today. Located along the Middle Ring Road 2, Zoo Negara is very close to the city centre of Kuala Lumpur. Among its exhibits here are:

As the name implies, Taiping Zoo is located in Taiping, Perak. It is one of the popular zoos in Malaysia towards the northern region of Peninsular Malaysia. There are about 180 species of animals here totalling to more than 1,300 in their most natural habitats. The Taiping Zoo opened its doors in 1961, making it older than Zoo Negara and is the oldest zoo in Malaysia. Covering a land area of 34 acres, this is home to the largest number of stump-tailed macaques in the country. Entrance fee is RM17.00 for adults and RM6.50 for children.
Opening hours: Daily 8.30am to 6.00pm
One of the major highlights in Taiping Zoo and perhaps around the country is the Taiping Night Safari. Available from 8.00pm to 11.00pm, it is a first of its kind here. This attraction is very exciting especially for animals that are usually active at night.

The Malacca Zoo started operations in 1963 and is located in Ayer Keroh in Malacca. Occupying a land area of 54 acres, it has more than 200 species of animals in their various natural settings. Malacca Zoo is actually the second largest zoo in Malaysia after Zoo Negara.
One of the highlights of Malacca Zoo is that it is the first zoo to exhibit the Sumatran Rhino. Besides that, it is known to be home to Asian elephants, red panda, the grey wolf, the white rhino and others. This is one of the places where you get to enjoy the Night Safari available on weekend and eve of public holiday nights between 8.00pm to 11.00pm. Daily opening hours start from 8.30am to 5.30am. Ticket prices are RM17.80 for adults, RM7.10 for kids and senior citizens.

Located along Jalan Gertak Merah in Johor Bahru city is the Johor Zoo. This is one of the attractions here alongside the like of the Johor Bahru Palace Grounds and the Royal Museum of the southern city. Within the grounds of the zoo are more 100 different species of animals. This includes:

The zoo is open to visitors daily between 9.00am to 6.00pm. Entrance to the zoo is RM3 per person which makes it one of the cheapest zoos in the country. As such, it is very common to see families coming here especially on weekends to have picnics, watch the animal shows or just to enjoy the best of wildlife of the country.

This wildlife park operates in East Malaysia’s state Sarawak. The Miri Crocodile Farm cum Mini Zoo is a private establishment that began operations in 1998. It is known for being a crocodile farm with a small zoo as well. Occupying a land space of 9 hectares, this attraction is located not far from Baram River’s mouth with man-made ponds designed specifically for the crocodiles. At the farm, you can see over 1,000 different species of crocodiles and important information about this amazing animal. Entrance fee is RM20 per person and it is opened daily from 9.00am to 6.00pm. Meanwhile, there is a mini zoo here where you can check out the likes of: