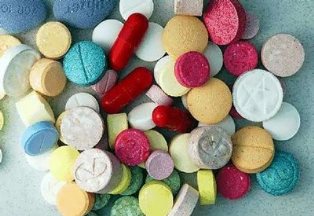 It is easier to find drugs in Malaysia you think

It is no surprise that Malaysia is part of the statistics that include more than 208 million people in the world who are illegally consuming drugs. This problem prevails in Malaysia and is rising at an alarming rate. Below are the top drug abuses in the country.

Known as Ganja, this type of drug is among the highest which makes up about 15% of drug abuse cases in 2011. This is because Marijuana can be easily camouflaged as cigarettes and do not require special apparatus for the addict.

The scientific name for this is Nimetazepam. It is a hypnotic drug and comes in 5mg tablets known as Eramin which is where it gets its name from. It is currently one of the most popular party drugs around which can cause hallucination, anxiety and even short of breathe when too many are taken.

Methamphetamine is known locally as Syabu. It is among the most expensive drugs around where it was supposedly a high-end drug. Despite its high price-tag, Syabu has become quite the choice of drug among the abusers today. It is available in pill form where according to the recent figures, it is about RM100,000 per kilogram. In the black market, Syabu can be bought for about RM30 to RM50 per pill where abusers have been known to take up to 3 pills per day.

Known as a popular party drug, it has been linked to the recent death of six youths at a Music Festival in Kuala Lumpur not too long ago. Mephedrone is being sold online while there have been reports that some are trying to sell through social networks. Together with another party drug, Eramin-5, both these drugs are now more popular than Ecstasy because they are supposed to be stronger. That which makes it alarming is that Mephedrone is still legal in Malaysia.

This drug goes by many names including Speed, Fet, Powder, Throttle because of its effect. It is designed to stimulate the psychomotor of the individual that can heighten the heart beat. As such, it can create hallucinations and even illusions which is why it is such a popular party drug.

Although it is not as popular as it was during its peak years, Ecstasy continues to be a popular drug abuse type in Malaysia. It was once the fastest growing illegal drug in the world and that accounts to something. As time goes by, researchers are finding out more about the effects of this drug which can range from heart attacks to holes in the skull.

This is one of the most dangerous drugs around because it is classified as a ‘date rape drug’. Rohypnol is classified together with Ketamine and GHB where the victim is unable to defend herself against an attack.