Tips to be successful parents 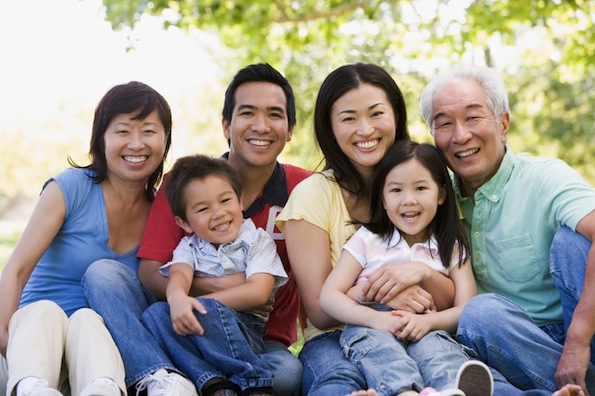 As far as parenting are concerned, all parents want the best for their kids. This is vitally important as we often believe that we would be the best people who can guide them through life and teach them the best education they should be receiving. Whatever the circumstances, you will need to learn about parenting at one time or another whether you like it or not. You would have to identify the best ways to teach your kids about the good and bad of things as well as to discipline them in such a way that they do not turn out to be too rebellious or become too succumbing to your demands that they become introverted. This is where we give you the drill down of some qualities and tips on how to be good and successful parents.

Objectives and visions for the future

Parents who are successful will always have some sort of objectives for the family. It is often common that these parents would want and know what they want for their children which they think are best. Of course, being regimental do have its consequences so you have to be somewhat careful with this type of attitude. Parents who have a firm belief and take calculated steps to ensure their kids grow up the way they deemed best have a good plan to follow, hence you should take this into consideration.

Behave the way you want your kids to behave

Most parents when teaching their kids should be well aware that you are also the leader of the pack. Your kid will most likely follow everything you do. Whether it is the way you eat or the way you walk up until the way you sleep, they have the tendency to follow everything you do as well as the manner by which you do them. Take very close notice of the ‘negative’ things you do like smoking and such, as the child will eventually believe that since it is okay for their parents to do it, they will follow suit. There has been cases where kids take the celery stick and pretend it was a cigarette, so be careful what you do as you are the leader and your child will follow your actions.

There are certain times when you can allow your kids to make decisions. This is somewhat a more tactful approach as you would also need to communicate about the consequences of making decisions. As they are growing up, you will eventually ask them to decide where you should go for dinner, what movie to watch and such. Once you have allowed them to do that, they will feel empowered to a certain extend that they know of what consequences each decision will cause, regardless if they are good or bad.

One of the most common mistakes parents make when bringing up their kids is the failure to talk to them. While it is not the easiest things to do, there are parents who communicate to their kids using post-it notes on the fridge with magnets. Before long, you will find that you get replies the same way you offer them, which are highly unhealthy. The whole idea is to talk and talk and talk. As they are growing up, even in primary school, it is often good practice to talk to them about what is good and what is bad. This way, it becomes a trend and you will find yourselves having good communication practice with your kids for life.

Learning to grow up

While you might believe that the best ways of growing up are your ways, you would have forgotten how you went through it as it has been so long. Hence it is vital that you understand what your kids are going through in order to grasp how they are developing in their upbringing. All of these takes a little more effort as well as time to recognize what they are going through. To say the least at least try to watch their television programs to know what they feel about the characters and you would be able to know them much better than you think you already did.

Learn to educate them

You might not be a teacher, or a qualified tutor, but if you are actively involved in their formal education, then it helps tremendously. Whether it is helping them with their homework, talking about their friends or teachers, whatever the case you will find yourselves having good and healthy conversations with your kids throughout their schooling years. Once you have been able to do that, you will find yourselves being part of their everyday lives, where they will tell you all about what happened in school without you having to ask them.

Encourage but don’t spoil them

Disciplined parents will effectively spur their children by giving them encouragements and such. Bad parents tend to spoil them with praises and compliments. While encouragements are good and positive feedback to the kids, you must not shower them with over indulging praises whenever they achieve something like good academic results. Emphasize the importance of doing better and improving themselves. A gift or two is fine but something too extravagant will cause the feeling of complacency and could be disastrous.

Whatever the case or situation, a lot of parents forget that kids as they are growing up are more creative and learn faster than they seemed to be. Some parents become overly concerned that in order for their kids not to learn anything bad, they should follow what the adults say. The freedom for expression can sometimes be misjudged to be a freedom to learn bad things, so you have to give your kids the room and space to grow and develop their own thinking and such. If you control them too much, you are not only suppressing their idea development but not allowing them to freely express themselves as well. So, in situations like these you would need to be a bit more lenient and be compassionate about what your kid feels while maintaining a little control mechanism in your balance.