The entertainment industry under Ananda Krishnan 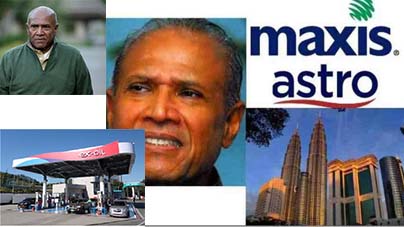 T Ananda Krishnan is a very popular man in Malaysia. Apart from being the second richest Malaysian, where he is only RM2 billion short of Robert Kuok, the richest man, Ananda or A-K as he is known has charted his name as the boss of Astro, the satellite television provider as well as Maxis, the leading mobile telecommunication company in Malaysia. Through his hardwork and extensive network, he has been able to build his company from the ground up and today holds the lead in their respective markets.

But A-K is not only known for his ventures in the telco industries. In fact, he is actually an entertainment and media type of guy. One magazine called him the ‘Mr Big’ of Kuala Lumpur. His latest ventures are into the oil and gas industries where he has since sold off his stakes in the energy businesses to fund the new operations in Indonesia. That would be back to the roots for him as he started Exoil Trading before venturing to gaming and such.

In the media line, A-K is the owner of animation studios that started out in the United States and the Philippines. He was also involved in helping Sir Bob Geldof organize the internationally publicized Live Aid 1985 charity event that had millions tuning in as the song ‘We Are The World’ was sung through televisions and radios. In Malaysia, he is the owner of TGV Cinemas (formerly known as Tanjung Golden Village) and the recent rumour is that he is thinking about selling the company to help inject funds into his oil and gas arm. Apart from that, A-Ks company also owns more than 800 movie titles while his other company Celestial Pictures runs the largest Chinese language movie library in the world, which is currently being aired through Astro. TGV operates 124 cinemas through its 16 outlets around Malaysai and has a 20% growth annually.