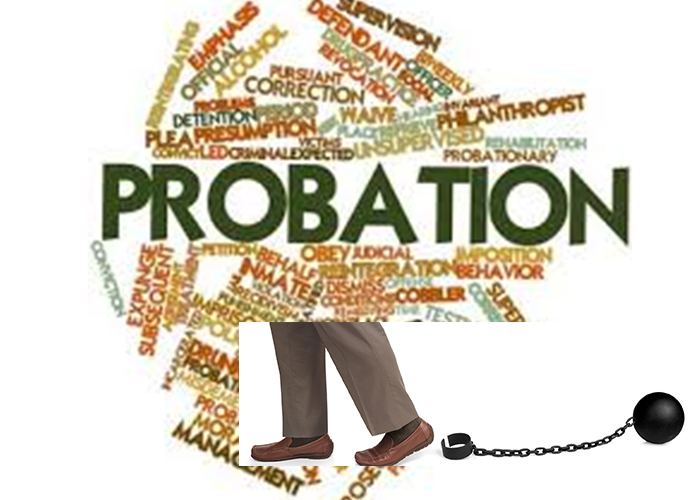 Let’s begin by defining what a probate is; it is basically a grant under the seal of a Court of Law that authorizes the executor or executors that have been named in the Will, in order for them to administer the testator’s estate. You should take note, however that a probate shall not be granted to more than 4 person in with regards to the same piece of property.

Who can I appoint as the executor to administer the Will?

When you want to appoint an executor there are certain issues that you may want to take into consideration and they include;

You will have the option of appointing several executors, but you should take note that the probate will either be granted to them at different times for each of the executors or simultaneously.

What will happen if the executor that I have appointed renounces the probate of my Will?

Despite the fact the executor that you have chosen is entitled to representation, they still have the right to renounce the probate the Will along with the administration. If it is deemed by the Court of Law that the renunciation will be for the benefits of the estate, those that are interested under the Will or intestacy then the Court will grant the application of the executor. If a person who has been appointed as the executor by the Will has renounced the probate of the Will as well as the administration, or have cited to take out the probate of the Will but does not appear to the citation then the rights of that particular person in terms of being appointed as the executor will cease. As for the representation and the administration of your estate, they will be devolved and it will be deemed as if you had never appointed an executor in the first place. The renunciation can be done either orally by the executor on the hearing of any of the petition or probate action, or it can also be done in writing by the executor while being attested by an advocate or basically anyone else before whom an affidavit may be sworn.

What are the duties of an executor after I have passed away?

After you have appointed someone as an executor, you should make sure that you inform your family members about it. This is because they will be able to inform the executor accordingly upon your death and this will also avoid the delay in the administration of the estate. Once you have passed away, the executor will then locate your Will and apply for a Grant of Probate at the court.

Your family members shall be able to seek for reimbursement once the funeral arrangements are done. It would be helpful to the executor if you prepare an assets inventory that lists out all the assets that you own. This is because you may not have included all that assets that you own in the Will, which means that the executor will have to write to the various financial institutions and government departments so that the executor can determine the actual amount of your estate.

Once the Grant of Probate has been issued, it will be given together with a copy of the Will to the executor. All of your assets and property shall then be passed onto the executor that you have appointed who will administer and distribute the estate according to the context of the Will.

You should take note that before the assets can be distributed to the beneficiaries, your debts, funeral expenses, administration expenses, liabilities, testamentary or any other kind of expenses will have to be paid for first. If you have a large estate, then it would be advisable that your executor advertise in the Government Gazette or leading newspapers for a certain amount of time in order for the creditors to submit their claims within 2 months.

What will happen if one of my several appointed executors passes away?

In the situation where the probate of the Will and administration has been granted to more than 1 executor or administrator and one of the executors that you have appointed passes away, then the representation of the estate shall accrue to the surviving administrators or executors, where the beneficiary involves minors.

Can a separate probate be granted if a codicil if it is propounded after probate?

A codicil is basically an addition to a Will. According to Section 15 of the Probate and Administration Act 1959, after the probate has been granted and a codicil of the Will is propounded, then a separate probate may be granted on the codicil. However if the codicil has expressly or impliedly revokes the appointment of any of the executor to whom the probate has been granted to, then the particular probate shall be revoked and a new probate shall be granted.

What will happen if I do not have an executor?

In such circumstances where you do not have an executor or;

Then the Court may grant a letter of administration in the Will which shall annex the person who will be deemed the fittest to administer the estate. Nevertheless, the priority of the right to the grant shall be as follows;

If the executor I appointed in the Will is not in Malaysia upon my death who will administer my estate?

If the executor that you have appointed or any other person whom the letters of administration with the Will has annexed to administer the estates is not in Malaysia at the time of your death and there is also no executor in Malaysia that is willing to act, then the letter of administration with the Will annexed may be granted to a duly authorized attorney of the absent executor limited until the executor obtains the probate for themselves.

What happens if the Will is lost after I pass away?

According to Section 25 of the Probate and Administration Act 1959, if your Will has been lost or cannot be found after you have passed away and the Will for any sufficient reason cannot be produced, then;

According to Section 26 of the Probate and Administration Act 1959, if the will was destroyed without the consent from the testator, then the probate can still be granted. However the terms go for the same with the ones mentioned earlier, in which you would need to produce a draft or a copy of the contents to sufficiently establish your claims in this regard.

What will happen if there is a delay in applying for a probate?

What should be done if I have the legal rights in an estate but would like to avoid representation being granted without notice to me?

You may enter a general caveat in the prescribed from if you think that you have legal right in the estate or as a matter of fact this goes for anyone else that thinks that they have the legal right in claiming of a particular estate. Then they should make the application at any time after the death of the deceased person but it should be done before the representation is granted to the estate. Once the general caveat has been entered, there shall be no representation made without providing notice to you in with regards to this matter. Also, the representation shall not be made until you have been given the opportunity to contest to the rights of any petitioner to the representation.

What is the procedure to obtain a probate?

The first thing that you would need to do in order for you to obtain the probate are to get the Death Certificate of the deceased person from the Registration Department of Births and Deaths. After the Will has been obtained and its validity shall be verified against the Wills Act 1959 where the certified copy of the Death Certificate and Will must be made.

The executor that has been appointed in the Will shall be required to petition for the probate in Form 168 that has been verified on an oath in an affidavit. Form 169 shall be used if the executor that is applying for the probate is the substitute for the original executor and if there is any minor involved then it should be clearly stated in the form. If there is a delay in the application for the Grant of Probate (after 3 years from the date of the death of the deceased), then the reason must be stated in the application.

The Registrar will required an affidavit from the attesting witnesses or any other person that was present at the time of the execution of the Will, if they are not accessible then it can be any person that can attest that the signature contained in the Will is that of the testator, especially when the Will does not contain an attestation clause.

The next step in the executor responsibilities is to collect all the assets and provide valid receipt to all the payments of the debts that were due to the testator’s estate. They will also need to advertise in leading newspapers for a specific period so that the testator’s creditors will be informed about the death of the testator as well as submit their claims within 2 months. After the expiration date for the advertisement in the newspaper, the executor will then proceed to pay the debts of the testator.

Once that is settled, the executor will begin to prepare the accounts of the distribution. As you can see, the executors have a lot of responsibilities to carry out upon the death of the testator. So it is advisable that you look for someone that is able to carry out all the tasks that were mentioned earlier and not only that they will also need to be trustworthy especially if they are handling large estates. The last thing you want is for your family members to track down the executor while dealing with your death as the same time.