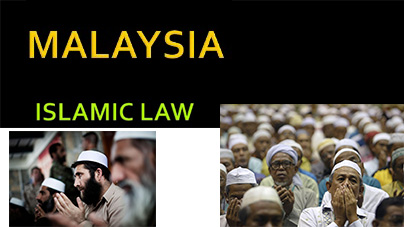 Do the provisions found in the Wills Act 1959 and Wills Ordinance (Sabah) applies to the Muslims?

The short answer to this question is no. The provisions that are found in the Wills Act 1959 and the Wills Ordinance (Sabah) do not apply to the Muslims that are living in Malaysia. Anyone that professes to the religion of Islam will then be governed by the Islamic Laws. In Malaysia there are 4 main mazhabs or schools of figh that carry out such responsibilities and they include the Hambali, Hanafi, Syafii and Maliki. So this means that it is essential for the Muslims to state clearly in their will regarding the mazhab’s figh or law that should be applied when the estate is distributed in the event that the person has passed away.

What are the general rules that apply to a Muslim for the distribution of the estates?

When a Muslim passes away, the priority will then be given to proper funeral expenses as well as the reasonable expenses of subsequent religious ceremonies that are suitable to the station in life of the deceased. Then, according to the merit for each of the cases the creditors of the deceased will be paid accordingly. Once the debts and the funeral expenses have been paid then the Will shall be taken into consideration. Usually under normal circumstances, Muslims will only be able to give away or dispose of 1/3 of their estate under the Will.

If only 1/3 of the property can be distributed then what about the remaining 2/3?

Under the Syariah Law, the remaining of 2/3 of the estate of the Muslim will then be distributed to the beneficiaries. A Muslim will still be able to state in the Will a specific item that can be given away to a certain relative. This item however must not have a value that exceeds the one that has been set by the Syariah. If the situation arises where the value of that particular item is more than that of the allotted share, then other beneficiaries agreements must be obtained to a corresponding reduction in their shares.

Who can be names as a beneficiary in the Will according to Islamic Laws?

The beneficiaries that can be named when you are a Muslim include your friends, the public welfare, relatives and people who are in need. You will also have the option of naming Non-Muslims as your beneficiary. However you should take note that the beneficiaries will not be entitled to a fixed share under the Syariah Law and a bequest cannot be made to any person or thing that opposes the religion of Islam.

What will happen if a Muslim bequests more than 1/3 of the estate?

If there is a Muslim the bequest more than 1/3 of that particular estate to the beneficiaries, the request can still come into effect. But only provided that those that are entitled to the fixed share from the remaining 2/3 of the estate agrees that the corresponding reduction on their part of the respective shares.

What will happen to the estate if a Muslim dies before they are able to make a will?

If a Muslim passes away before they are able to make out a will, then after the payment of the funeral expenses as well as the debts of that particular person, their estate will go to the beneficiaries according to the entitlement under the Syariah Law. If the situation arises where there are no beneficiaries or it the beneficiaries have already passed away before the deceased, then the estates owned by that person will automatically go to either the public fund that has been maintained by the Syariah or to the Baitulmal.

What is a customary law?

Customary Law is basically an ancient unwritten law for a certain place and no rules has ever been enacted by the legislative authority. The Malay term for customary law is “adat”.

Which groups in Malaysia are the ones that practice the customary law?

According to Adat Pepatih, how are the principles of inheritance like?

Under the customary law of the Adat Pepatih, the ancestral properties are vested in the female members of the tribe. They are basically the ones that hold the property in trust for the tribe. The properties can be inherited by the female tribe members in equal amounts of shares while the properties cannot be disposed of even through the use of a will. The unique aspect of this particular customary law is that the men do not have the right or the title towards these properties. According to Adat Pepatih, once a female from this particular tribe has married then there can be few outcomes in regards to the properties;

How are the principles of inheritance like according to Adat Temenggong?

What are the principles of inheritance in Malaysia under the Iban adat laws?

According to the Iban Adat Laws, a particular person will possess full and equal rights of the inheritance as long as the individual remains a resident member of their “bilik”. They can do so either by marriage, by birth or even by adoption. The word “bilik” in this context means “room” in the Malay language while it is considered to be the family apartment in the Iban long house.

If the man or the woman passes away as a member of the “bilik” into which they had married, then all the property that was acquired will remain in that particular “bilik” which will include the spouse and their children, the parent-in-law and also including the siblings along with their children that are considered to be resident members.

However a will can still be made the property can still be distributed according to that particular will but it will be subjected to some certain terms and conditions in accordance with customary law. Even if the Will contravenes with the customary law, it can still remain valid if the headman or the heirs consent with the provisions that are stated in the will.

What are the principles of inheritance for the Dusun Adat Laws?

According to the customary law of the Dusun tribe, the property or “pusaka” that was acquired before the marriage will always remain in the family. These properties cannot be passed from husband to wife and vice versa. If there are no children resulting from the marriage then the husband’s or wife’s “pusaka” shall be devolved to their nearest blood relations.

Under the Dusun Adat Laws, the priority of the classes for the heirs is as follows;

A Dusun native is allowed to draw up a will under Section 1(3) Will Ordinance (Sabah) as long as the Will does not go against the native custom in regards to the distribution of the properties. However you should also take note that a Will that contravenes that of the Dusun Adat Laws can still become valid if the headman or the heirs consent with the provisions that are found in the Will.