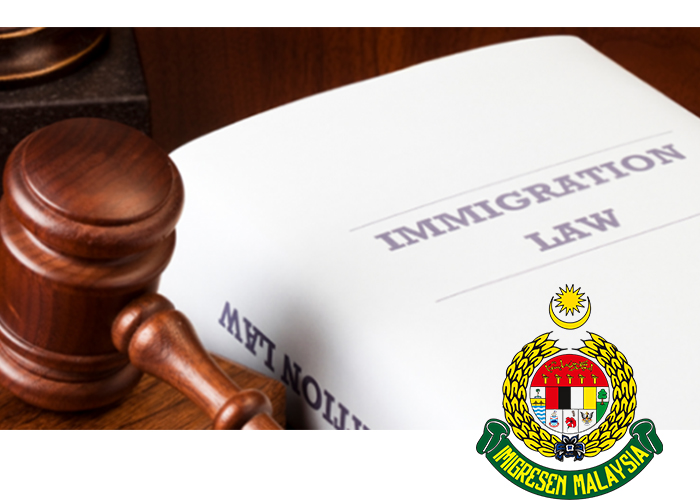 Let’s begin by defining what immigration is, it basically deals with laws that control the entry of people into Malaysia. The law for immigration can sometimes be considered as complicated as well as ever changing. Immigration law can also be defined as the nation’s border gatekeeper, this is because this particular law is the one that determines who will be allowed to enter the country, the amount of time that they will be permitted to stay and when they must leave the country, whether a person is an alien, as well as their obligations and duties while they are in the country.

Which is the governing body that gives the permission for entry into Malaysia?

The governing body that enforces the immigration law in Malaysia is known as the Immigration Department of Malaysia and this particular department is under the Malaysian Ministry of Home Affairs. The main responsibilities of the Immigration Department is to keep out aliens who are unable to finance themselves, those that have criminal records and people who are lying about their intentions of coming into Malaysia. In order for one to enter Malaysia, you would be required to apply for a visa stamped into your passport at the Malaysia Embassy or Consulate.

Who is allowed to enter into Malaysia?

Those that are allowed to enter into Malaysia includes that of a Malaysian citizen as well as a person who is in possession of a valid pass that has been lawfully issued to that particular person so that they are able to enter Malaysia, they have in possession a valid Entry Permit that has been lawfully issued to them and if there name has been endorsed upon a valid Entry Permit and they are in the company of the one that is the holder of the Permit.

When is a person deemed to have entered into Malaysia?

According to the Immigration Act 1959/1963, a person will be deemed to have entered into Malaysia includes;

Are Malaysian citizen required to have a permit to enter into Malaysia?

No, a citizen of Malaysia is not required to obtain a pass or a permit to enter into their own country. However you should take note that there are some forms of restrictions on the citizen’s right to enter into the states of east Malaysia.

Citizens from west Malaysia will not be allowed to enter into the states of east Malaysia if they do not have the proper permits or pass unless they are;

Even so a person will still be required to prove their citizenship and this burden will lie with that particular person’s passport or identity card.

Who are the persons that are prohibited from entering into Malaysia?

According to the Immigration Act 1959/1963, those that will not be allowed to enter into Malaysia include;

A person whose order has been made or those that have their permits or pass canceled by the Director General of Immigration and is dissatisfied with the decision can make an appeal to the Minister within 7 days of the publication of the order in the Gazette or the notification of the cancellation to the holder of that particular pass or permit. The appeal can be made by way of petition in writing that states out clearly and in detail the grounds for making the appeal. You should take note that the decision made by the Minister is final and you will not be able to make any more appeals if this one is rejected.

What is the procedure on arrival in Malaysia if I arrived on a vessel or a ship?

The “Master” who is the person that has control over the vessel must then navigate that particular vessel to the immigration anchorage. The Master of any vessels that are arriving or leaving Malaysia will then have to produce a certain list of the persons that are on board to the immigration officer and if the vessels are carrying any passengers then the Master will be required to have a complete list of all the passengers. From 25A will be used for the disembarkation of the passengers at the Malaysian port while Form 25B will be used for the list of through passengers.

The Master of the vessels that are arriving in Malaysia will then hoist the required immigration signal and will then exhibit the signal until they have been authorized by the immigration officer to haul it down. Examples of the signals include;

It will be the responsibility of the Master of the vessel to make sure that no person will be able to leave the vessel other than those that have been granted the authority to disembark from or boarding the vessel until they have been authorized by the immigration officer to board or disembark.

Any person found on board of a vessel whose presence has not been reported in the lists, the master of the vessel shall be guilty of an offence and shall, on conviction, be liable to a fine not exceeding RM$1,000.00 in respect of each person.

All disembarking passengers are required to complete a Disembarking Card in triplicate and to enclose it in their passports for presentation to the immigration officer.

Every person arriving in Malaysia, shall appear before an immigration officer at such time and place as the officer may direct for examination as he may consider necessary.

Where after examination, a person is considered to be prohibited from entering Malaysia, such person if still aboard, shall not disembark and if disembarked, shall return to the vessel. The immigration officer shall inform the person and give him instructions to depart from Malaysia on the vessel to which requirement has been made to his place of embarkation or to the country of his birth or citizenship.