Lim Chee Weng, the young Bar Council President with a strong challenge ahead 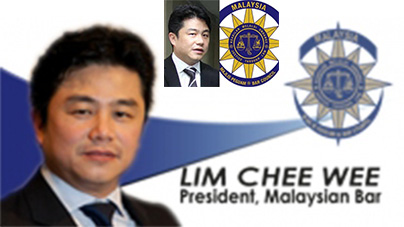 When appointed to the chair, Lim Chee Wee at the age of 43 is the youngest ever Malaysian Bar president but despite that he has proven to be ‘a hard nut to crack’ where he is not easily swayed from the principals of the council and its philosophies. Since taking over the presidency, he has been working relentlessly in upholding the public interest in the legal system and justice where he has spoken out against the current irregularities in certain aspects of the system. His task was made the more challenging when the council passed a no confidence motion in the implementation of KPIs for judges just hours before he was elected as the new president. This means that his first task in office was to organize a protest against the implementation of such a system. The underlying principal and effort for Lim is to work towards better reforms as well as to regain the people’s confidence in the justice system and thereby for the Bar Council. Apart from being the president of the council and to further justify his credibility, he was also appointed into the Special Task Force in 2009 in advising the PKA (Port Klang Authority) in light of currently on-going PKFZ (Port Klang Free Zone) scandal.