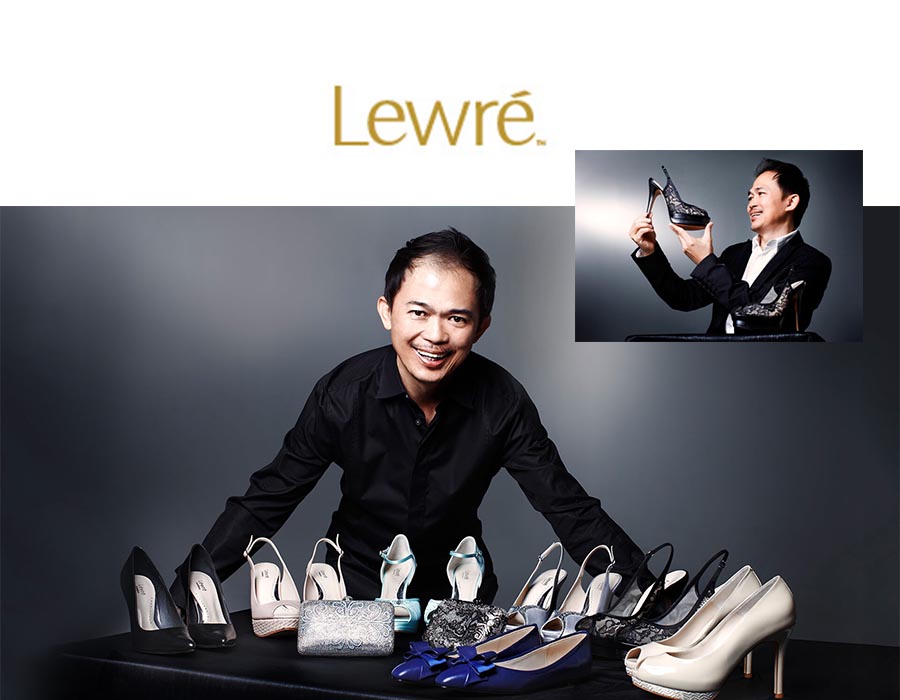 One of the most renowned and successful Malaysian grown shoe brands today is Lewre. Most probably due to the fact that the brand does not sound Malaysian, many people do not know that it is actually a fully Malaysian brand, much to the vision and passion of shoe designer Lewre Lew Fong Voon.

He drew his inspiration from another renowned shoe designer Dato Jimmy Choo and Lewre started off in 1997 and today is one of the most popular women shoe brands around the world. Lewre started working on his designs in 1987 when he started the company Roondy (M) Sdn Bhd and after gaining the confidence and support of MARTRADE(Malaysia External Trade Development Corporation), he would take his opportunity and put it to good use when his brand was seen at the GDS Shoe Fair in Dusseldorf, Germany then.

From there, Lewre would continue to gain reputation where he further established his company from being an OEM company to ODM designs. Once he embarked on that, he started gaining more popularity when orders started coming in from other countries like Japan and from Europe. In 1995, Jimmy Choo acknowledged Lewre’s designs where he then invited him to join the highly prestigious London Fashion Week where he was then able to carve a name for himself in the global fashion world.

Lewre would continue to grow and it slowly stamped its brand presence in more than 20 countries around Asia, Middle East, Europe and the United States and today, Lewre shoes are commonly donned by prominent people of every industry that include celebrities and royalties as well as government leaders. With 4 major product lines like Stylish Career, Chic, Dress and Simply Casual, Lewre has become one of the most prominent Malaysian men today and is widely tipped to be the next Jimmy Choo, if he hasn’t already become.