Legalizing Bersih does not mean more assemblies will be coming 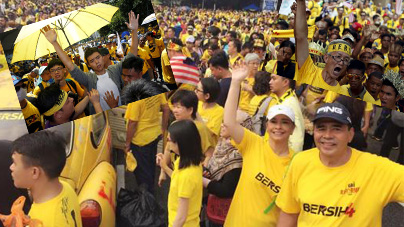 The recent ruling by the Kuala Lumpur High Court that Bersih 2.0 is a lawful organisation brought about a lot of criticisms as well as support. The decision was seen as some form of victory for the coalition which have always been painted with a negative light, especially among MPs of BN (Barisan Nasional).

In fact, it has always been regarded as an outlaw organisation and the ruling means that it will be able to hold more events and activities. However, it does not mean that Bersih will now go all out to hold more demonstrations and assemblies just because they can.

The issue of public assemblies would now take a back seat because of the fact that it is actually allowed under the new law. The issue is more on whether the police will be taken to task and to held responsible for any injuries and particularly damages. In fact, when the police went all out to curb protestors of Bersih 2.0, the government essentially violated the Federal Constitution’s Article 10.

This guarantees every Malaysian the right to ‘freedom of speech, assembly and association’ which in light of the ruling means that the government should be responsible for the damage and injuries caused.

If Article 10 is invoked and upheld, Bersih is very much a legal entity. Having said that, declaring the legality of Bersih must not be confused with the issue of freedom to assembly as they are 2 totally different issues altogether.

Some has argued that the decision by the court does not mean that it is now legal to hold any form of demonstration. Hence, every group which wants to hold any form of assembly would still need to adhere to the recently passed Peaceful Assemblies Act which permits the event but with the guidelines and regulations imposed by the authorities.