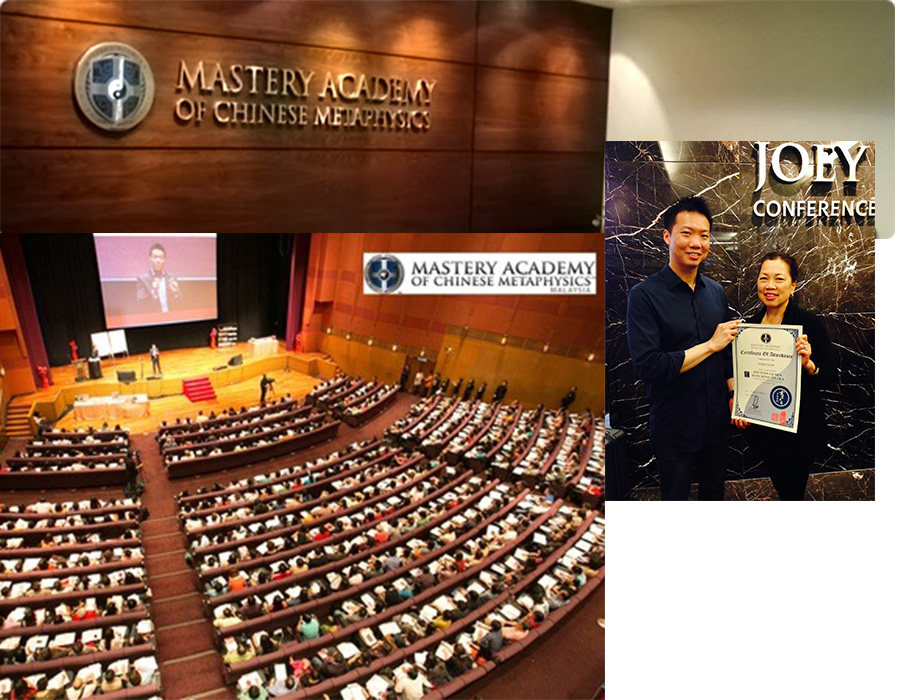 The founder of the Master Academy of Chinese Metaphysics, Master Joey Yap is one of the most prominent Feng Shui masters in Malaysia today. With more importance and significance being put in the area of Feng Shui today, Joey’s popularity is heightened with his honest and sincere readings in the area of Chinese Metaphysics where being the Chief consultant of the Joey Yap Consulting Group, he has since been called to advise construction projects, housing and development issues as well as from government leaders from around the world.

Apart from offering services, he also writes books where he has since published more than 60 books int eh areas of Yi Jing, Face Reading, Chinese Astrology, BaZi and most notably Feng Shui. As a master in his area, Joey’s school has since trained thousands of students and apprentices in all the areas mentioned while he also conduct seminars like the widely popular ‘Feng Shui and Astrology’ series that has reached out to more than 3,500 people every time. The talks would also travel to different parts of the world that include Singapore, New York, Toronto, London, San Francisco as well as Frankfurt.

As a consultant, Joey’s readings are known to be very accurate where he has been interviewed on television and radio while he has also been featured on shows and programmes in these areas. Apart from that, he also hosted his own programme, the ‘Discover Feng Shui with Joey Yap’ series while having carried out work with major corporations that include OCBC, AXA, Citibank, Samsung, Microsoft, Bloomberg and many more.

Even with all that success, Joey is known to be a humble and simple man who is always ready to offer the best advice for his clients. While he cannot guarantee richest and wealth, he is able to offer advice on how to overcome problems in the businesses and personal life based on his readings.