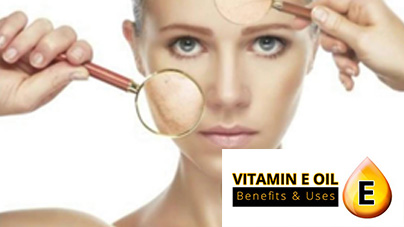 Many of the skin care products out there can only do so much; most of them can penetrate into the living cells beneath the superficial layers of the skin. This means that whatever you are applying onto your skin can only absorb so much. However vitamin E is a very popular product that if found in most skin care products and can be quite useful to the skin. Experts have shown that by applying antioxidants directly onto the skin, one can actually prevent or at least minimize the damages that are caused through the exposure to UV lights such as from the sun.

It has been shown that the protective element within the vitamin E were apparent even after being exposed to UV rays 2 to 3 days later. In a clinical trial a group of people were given a cream that had contained vitamin E while another group was given a lotion that had no vitamin E. The group that used the cream that had vitamin E showed less sign of inflammation as opposed to the other group.

The success or failure of the test was to measure the amount of blood flow to the affected area as compared to the blood flow in normal circumstances and when the skin is inflamed this is a sign that there are damaged cells. It is obviously shown from the results of the test conducted by the scientist that vitamin E is a useful substance when it comes to the visible signs of aging on the skin.

While it is true that vitamin E in the creams and lotions will be beneficial for the skin, however whether they are truly useful in the beauty products that they are remains to be seen. An example of such a scenario is when there are advertisement that promote vitamin E to help strengthen and as far to claiming to thicken eyelashes. This of course is misinformation about the usage of vitamin E, as the claims about the products are not supported by science.

No such products in the market currently is able to thicken or strengthen the eyelashes, however if you want the eyelashes to appear thicker then you can try to use mascara or eyelash primer give a that kind of appearance. At it fundamental usage, vitamin E is still an antioxidant and people will benefit from using as an antioxidant, anything more promised by the companies and you will need to get the facts verified.

The other fact that unfortunately has been associated with Vitamin E is that if the creams that contain vitamin E are applied onto the scar then it will heal the scar. This claim has not been verified scientifically so whether the claims are true or not still remains to be seen. Some have claimed that when vitamin E was applied to patients who had recently gone for surgery there was no sign of the scar healing. However, what did occur for some of them was that they had experienced irritation, allergies and dermatitis which had actually made the scar worse then it was before. If you do want to reduce the appearance of scarring as well as to help the skin heal, then you should consider manuka honey instead.

The benefits of using vitamin E

Like stated previously vitamin E is still a very good antioxidant whether it is applied internally or externally. When it is taken as a supplement, vitamin E can actually protect the liver as well as reducing the damages of smoking. Not just that, vitamin E can also be considered a beauty supplement as it can help maintain the flexibility of the cell membranes, which will diminish as we age and to protect it as well. And when vitamin E is applied to the skin area it can protect the skin by preventing sun damages which is usually associated with the oxidizing effect of the UV rays.

Vitamin E can also be used to increase the level of vitamin A in our bodies and has been proven to be very beneficial when it comes to skin problems such as psoriasis and acne. So if you want to promote the suppleness of your skin as well as to prevent premature aging then it is best recommended that you take 400 to 800 IU of vitamin E per day to achieve the desired results.