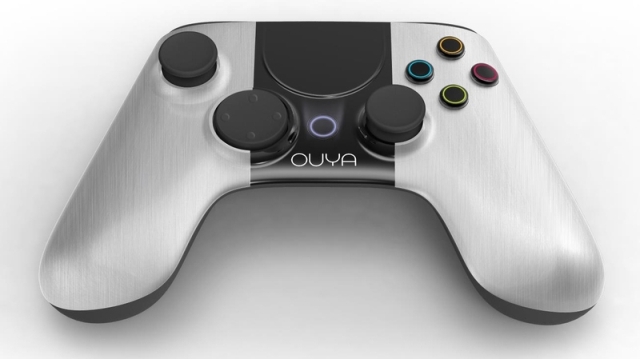 Believe it or not, the 2 mobile giants Google and Apple might just be entering the game console market dominated by Sony, Nintendo and Microsoft. As if dominating the mobile market is not enough, the 2 biggest party-crashers are set to introduce their own versions in the near future. The recent launch of the Ouya which runs on Android is clear testimony to this.

Google is obviously looking to bank on the popularity of their Android operating system where it has been reported to be working on its own versions. Meanwhile, Apple too seemed to not want to lose out and is developing something along that line too.

With millions of apps available in both the Apple and Android markets combined, it was just a matter of time before the 2 giants get into this market. After all, this is a market which Microsoft is still very strong in and it won’t be the first time that Google and Apple had gate-crashed Microsoft’s party.

So far, Google has not made any comments on this but with so many headlines coming out of the world’s leading search engine, including their Google Glass and Google Goggles, it won’t be a bit surprising if they decide to venture into this market.

Analysts don’t seem to be surprise as well with the news that the 2 giants want to get into your living room too as they have tried to launch set-top boxes previously. If the game console game is true, then it will give Google access to the TV and as with almost everything that Google had touched, they might just rejuvenate the importance of the idiot box, which has in recent years diminished in terms of popularity.

The main hurdle though might be among the game developers. They currently have 4 platforms to think about which include Sony’s PlayStation, Microsoft’s Xbox, Nintendo’s Wii and for the PCs. It is a no-brainer that any game console that wants to succeed would need the game developer’s buy-in because without the games, the consoles are practically useless. So it is really up to them to a large extent. They have to think about marketing as developing 1 game for too many platforms will diminish their popularity and market share too.