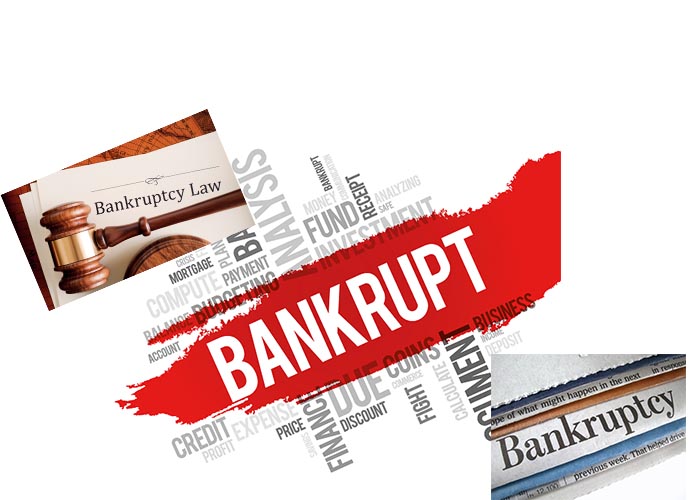 Let’s begin by defining what bankruptcy is, it is basically a way to deal with the debts that you are unable to settle and when they fall due. The bankruptcy proceedings will then allow you to free yourself from the excessive debts that will result in allowing you to make a fresh start. However there of course would be a few restrictions to ensure that your assets are shared out in order to repay the creditors. So basically a person that has been judged by a law of court to be unable to pay their debts as they fall due is known as a bankrupt. Anyone can become a bankrupt and this includes members of a partnership.

What is the significance of the bankruptcy law?

The bankruptcy laws will provide for the development for a plan that will allow the debtor who is unable to settle their debts, so instead they will pay through the division of their assets among the creditors. So under the supervised division, the interests of all the creditors will then be treated with some measure of equality. The courts would also need to take into account the existence of companies that have been operating within the jurisdiction that have unfortunately have become insolvent. The bankruptcy law in Malaysia is based on that of the English law.

Lots of businesses and people go bankrupt, why shouldn’t I?

One should treat bankruptcy seriously and if you should ever be in debt, it does not mean that you need to go bankrupt. This is because bankruptcy involves the closing of your business, giving up the interest in your property as well as any possessions of value and the inability to obtain new credit. You will also be subjected to certain restrictions and not to mention that bankruptcy will damage your reputation in the community. It is best recommended that you get advice from your lawyer regarding the bankruptcy proceedings especially if they are taken against you or even if you are thinking about making yourself go bankrupt. So it is best that you consider alternatives to bankruptcy as they may produce better results.

How do I become a bankrupt?

The court will then make a Receiving and Adjudication order after the bankruptcy petition has been presented. Here there are two types of Bankruptcy petition; there is the Debtor’s petition where you will present the petition and the Creditor’s petition which will then be presented to the creditors. So even if you refuse to acknowledge or agree to the order, a Receiving and Adjudication order can still be made. Once the bankruptcy proceedings have already begun then you are advised to cooperate fully.

What are my duties as a bankrupt?

Once the Receiving and Adjudcation Order has been made, you must then go to the offices of the Official Assignee or Jabatan Pemegang Harta There you would need to provide information that relates to your financial affairs and hand over your assets to the officers. This would include all your books, bank statements that relates to your property as well as your financial affairs. After this you must stop using your bank and other similar accounts immediately and you must not try to obtain nay credit either by yourself or with other people.

In fact it would be an offence to conduct any form of business whether it is directly or indirectly in a different name from that in which you were initially made a bankrupt. The court will also take a small percentage from your monthly income within your means so that it can be paid to the Official Assignee. If you have extra money in your account, the Official Assignee will also have the power to claim the amounts which will be more than you will need for your normal living expenses, so that you can pay your creditors.

What restrictions does a bankrupt have?

After you have been adjudged as a bankrupt, you will be barred from holding certain public offices. And as mentioned before your reputation will be damaged not to mention your standing in the community. The Official Assignee will then administer all your assets as well as trace and monitor your conduct, after that your assets will then be disposed of so that you can pay the costs and the creditors. The Official Assignee will also have the power to recover property if you have disposed of it in a way that is deemed unfair to the creditors. As mentioned earlier it is an offence for you to obtain credit as an individual or with other people, you will also not be allowed to conduct business whether it is directly or indirectly in a different name from that in which you were made a bankrupt initially.

What is the procedure to become discharged from bankruptcy?

After you have paid all your debts in full, the court will then annul the Receiving and Adjudication Order. When this happens you will be immediately free from bankruptcy. However you should be aware the Bankruptcy Act 1967 has been amended and this has given discretionary powers to the Official Assignee where certain categories of the bankrupts can be discharged. This particular act was amended to facilitate with the discharge of some of the bankrupts in order to give them a “second chance” so that they become actively involve in the business industry again.

Under the amended Act there are also other categories of bankrupts that can be reprieved. These include those that have suffered due to the financial turmoil, guarantors of loans and bankrupt who are old, sick or jobless. Before anyone can be reprieved the Official Assignee will look at several criteria, for example they will look at your conduct and behavior as a bankrupt before and after the bankruptcy, your financial status and the ability to repay the debts as well as the reason for being declared a bankrupt. This means that if you have carried out your duties as a bankrupt then you can apply for you discharge to the Official Assignee. Examples of good conduct include making regular payments to the Official Assignee as well as full cooperation throughout the bankruptcy proceedings.

Despite your good conduct you need to be aware that you will not be automatically discharged from bankruptcy. Instead you will need to apply to the Official Assignee for your discharge and you can only do so after 5 years from the date of the Receiving and Adjudication Order. Once they have received your application they may issue you a “Sijil Pelepasan Pegawai Pemegang Harta” or “Official Assignee’s Discharge Certificate”. However this is upon the discretion of the Official Assignee and they may still refuse to issue you that certificate or they may delay it.

How will I know if I have been adjudged from being a bankrupt?

What you should do is go to the Official Assignee Office or Jabatan Pemegang Harta and from there you should obtain a copy of a search form from the counter. Each of the copy of the search form will cost you RM1; however photocopies of the forms are also acceptable. After you have filled in your particulars, submit the form. After your request has been received by the Official Assignee Office, they will forward it to the head office in Kuala Lumpur where the search will then be conducted. Once that is done, the official result of the search will be sent to the address that has been provided in the search form. It will cost you RM5 to make a bankruptcy search on an individual.